Can We Manage "Everything"? Management Implications of IoT, IoE, IoX!


Following past tradition, the Distinguished Experts Panel will focus on the IM 2015 theme, "Can we manage "Everything"? Management implications of IoT, IoE, IoX!". The number of connected devices over the Internet of Things (IoT) are expected to be over 25 billion by 2015.   A large number of innovative services and applications are expected to be enabled by these hyper connected smart and not so smart devices.  The challenges for realizing this are as big as the scale indicated by the mass numbers. The number of implications on the management will be enormous as well. Just to name few: Privacy and security, Reliability and performance, Monitoring and provisioning, Autonomic and self-organizing aspects, Open standardized interfaces, protocols, and APIs, Energy awareness and scalability, Environmental, Governance, Economics, etc.

The panel of our distinguished experts will provide their own views and will answer questions from the audience.

Mehmet Ulema is a professor in Manhattan College, USA. Previously, Dr. Ulema held management and technical positions at AT&T Bell Labs, Bellcore, Daewoo Telecom, and Hazeltine.  Dr. Ulema has been involved in a variety of telecom projects including Software Defined Networks, service overlay networks and architectures, IP based Multimedia Services (IMS), network management, wireless networks, intelligent networking, and multimedia communications. He has been on the editorial board of a number of journals including IEEE Journal of Internet of Things, IEEE Transactions on Network and Service Management, Elsevier Journal of Computer Networks, ACM/Springer Journal of Wireless Network, and the Springer Journal of Network and Services Management.  He has been an active member of IEEE. Currently he is the Director of Standards Development in IEEE ComSoc.  Dr. Mehmet Ulema has been involved in many international conference and workshops. He served as the Technical Program Chair of for the two premier ComSoc conferences: GLOBECOM 2009 and ICC 2006.  He also served as the General Co-chair of NOMS in 2008, ISCC 2012, and BlackSeaCom 2014. Currently, he is serving as a General Co-chair of IEEE NOMS 2016. He received MS & Ph.D. in Computer Science at the Polytechnic Institute of New York University, U.S.A. He also received BS & MS degrees at Istanbul Technical University, Turkey.

Alexander Clemm is a Principal Engineer at Cisco where he provides technical direction and leadership for technology that relates to manageability of Cisco networking products.  In addition to papers and patents, he has authored or edited several books related to management technology, including “Network Management Fundamentals” (Cisco Press 2006) and “Network-Embedded Management and Applications” (Springer 2013). Alex also served as TPC Co-Chair of IM in 2005 and as General Co-Chair of Manweek (now CNSM) 2007 and of IM in 2013.  Alex holds a Master of Science in Computer Science from Stanford University and a PhD from the University of Munich.

Martin G. Kienzle is working globally across the IBM Research laboratories in developing an Internet of Things strategy for IBM Research, to advance the state of the art, and to develop innovative technologies. He is aligning this strategy to the needs of the emerging IoT ecosystem. In doing so, he is working with the IBM products and services groups to bring innovative technologies to market.  He is also working with business partners to help with the creation of complete IoT solutions. Most recently, Dr. Kienzle led the development of the IoT 3.0 topic of the IBM Research 2014 Global Technology Outlook. Prior to this, Dr. Kienzle was the IBM Research relationship manager for the Electronics Industry, bringing the IBM Research portfolio to bear on problems of IBM’s electronics industry clients, and introducing the Electronics Industry clients’ needs to IBM Researchers. Focus areas were cloud technology, service delivery platforms, and helping clients with their transformation from product businesses to product plus service businesses. Dr. Kienzle holds a Ph.D. in Computer Engineering from the University of Massachusetts atAmherst,an M.Sc. in Computer Science from the University of Toronto, and a Diploma in Informatik from the University of Karlsruhe.

Ling Liu is a Professor in the School of Computer Science at Georgia Institute of Technology. She directs the research programs in Distributed Data Intensive Systems Lab (DiSL), examining various aspects of large scale data intensive systems, including performance, availability, security and privacy. Prof. Liu is an IEEE Fellow, a recipient of IEEE Computer Society Technical Achievement Award in 2012. She has published over 300 international journal and conference articles and is a recipient of the best paper award from a number of top venues, including ICDCS 2003, WWW 2004, 2005 Pat Goldberg Memorial Best Paper Award, IEEE Cloud 2012, and IEEE ICWS 2013. In addition to services as general chair and PC chairs of numerous IEEE and ACM conferences in data engineering, very large databases and distributed computing fields, Prof. Liu has served on editorial board of over a dozen international journals.  Currently Prof. Liu is the editor in chief of IEEE Transactions on Service Computing, and serves on the editorial board of half dozen international journals, including ACM Transactions on Web (TWEB), ACM Transactions on Internet Technology (TOIT). Dr. Liu’s current research is primarily sponsored by NSF, IBM, and Intel.

Rodney Wilson is responsible for Ciena’s leadership & interactions with universities and the research community, including national research and education networks. Residing within Ciena’s CTO organization, he is able to orchestrate intersections between emerging technologies and research network experiments. He is a frequent contributor to research projects, advanced technology demonstrations, and discussions about the future of computer communications technologies and optical systems. Prior to his current role, he was a senior advisor for the CTO at Nortel, and held other advanced technology roles during 13 years with the company, including director of broadband switching and optical Ethernet R&D. Originally trained in Electrical Engineering at Ryerson University in Toronto Ontario, the University of Toronto and is a graduate of the Executive Management school at Stanford University in Palo Alto California. He is a recipient of the Queen Elizabeth II Jubilee medal for his service to Canada. 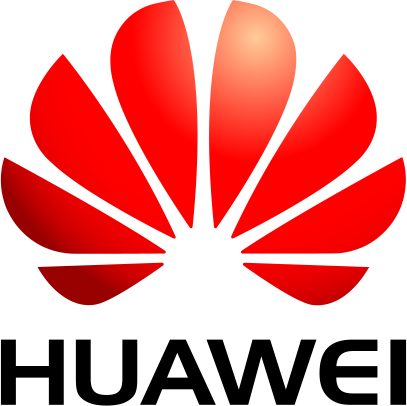 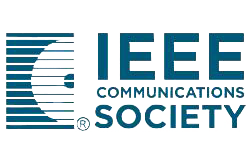